The first time I studied the book of Jude, I moved right over verses 8-10, and didn’t really dive into them. In fact, I think I skimmed over them to get to the next section!

This time, with the help of Godchats, I was able to learn much more about false teachers and their dreams, something I witnessed in my former church that rattled and troubled me.

By just tapping on the word in verse 8 (and be sure to tap on “MORE” to get the expanded meaning), I can better understand what Jude is saying:

As you can see, the meaning is a little different in Jude 1:8!

I found these points in Godchats helped cement my understanding:

What God Says About Dreams in His Word

Many pastors on the fringes of the charismatic movement love to use Joel 2:28-29 and Acts 2:14-21 (out of context) as proof that their dreams are visions and prophecies directly from God to them. But those verses are not about general, every day dreams given to put a pastor on a pedestal of authority or make them seem closer to God than everyone else in their church.

In Acts 2, Peter was defending the apostles preaching the Gospel in other languages. He quoted Joel 2 because the Jews were accusing them of being drunk. Peter’s use of the prophet Joel was to show dreams, visions and miracles as a way for God to reveal Himself to people.

The prophet Jeremiah pleaded with the people of Israel not to follow the false teachers of the day. The entirety of Chapter 23 is worth the read, but take a quick look at these verses:

In verses eight to ten, Jude explains that these false teachers:

How Jude’s Teaching Applies to Us Today

There is a difference between historical, Biblical dreams of prophets and the imaginations of church leaders today. Of course, people can have dreams that when spoken, introduce people to Jesus who would have no other way of hearing about Him and the salvation he offers.

But in our world, where our revelation about God is found in His revealed Word, dreams are not necessary. Dreams can be a result of indigestion or be interpreted incorrectly based on someone’s imagination.

We must be consistently reading, learning, and memorizing God’s Word so that when someone tries to relay a teaching, or “Word from God” they supposedly received in a dream, we can know if it lines up with Scripture or not. 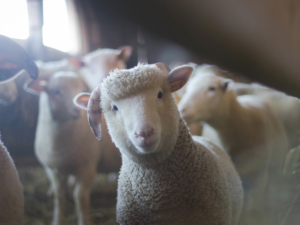 In Jeremiah 23:1, God says, “Woe to the shepherds who are destroying and scattering the sheep of My pasture!” Too many Christians are being led astray by dreaming shepherds who reject authority and live in sinful pride believing their visions to be direct words from God, adding to Scripture things that God has never said to the church as a whole.

In these crucial days we all must make sure our shepherds listen to the TRUE voice of God in His revealed and written Word.