What do I do when God’s will and my will cross?

O LORD, we come today to see You in a fresh new way, and to see ourselves. May we have ears to hear what You are saying to us in Your Word of Truth. Oh give us the understanding we need in order to live in obedience to You. May we know the fullness of blessing and bring You honor in Your Son’s name. Thank you. 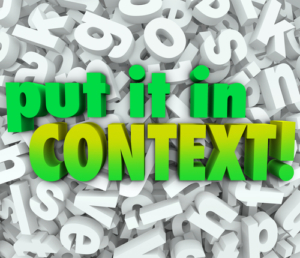 In Esther Chapter 4 we left off with Mordecai and the Jews greatly mourning as they had been condemned to death, and Esther finally speaking and starting to take charge.

Today: The Back And Forth Dialogue

Now, let’s unfold the conversation that goes back and forth between Mordecai and Esther through her servant Hathach.

Take One Small Bite and Focus on Verses 6-9.

What does Mordecai tell Hathach (hatāk)?

What Would Be key?

Wouldn’t it be Mordecai’s request?

Perhaps  Check Out the Meaning of ‘implore’ and ‘plead’.

IMPLORE, ḥānan; to be gracious toward, to have mercy on.

PLEAD, bāqaš; to seek, to require; to try to obtain.

Check Out the Cross Reference For ‘plead’.

What do you learn about pleading, seeking the Lord for His people?

Who, how and why did Daniel seek the Lord, intercede, for God’s people?

When, why and how do I seek the Lord and intercede for God’s people?

#10. Mordecai must not have been able to speak to Esther directly. Who delivered the messages back and forth discovering Esther was a Jew? How important was it to relay the messages correctly?

a. What did Mordecai relay to Esther (who seems uninformed about the edict living in the king’s palace, highly protected and far removed from her people)? What did he give a copy of?

Esther orders Hathach, the eunuch that the king had appointed to attend her, to go find out why Mordecai is acting this way.

Hathach went out to Mordecai.

– About the sum of money that Haman had promised to pay into the king’s treasuries to destroy the Jews, knowing this is why King Ahasuerus was willing to carry out this evil plan.

– Mordecai also gave Hathach a copy of the edict to show Esther.

How would Mordecai know the exact sum of money and have a copy of the edict? What would this suggest?

What if Mordecai had stayed in bitter despair and the place of defeat?

We don’t want to let our mourning take away our hope in God and linger to the point where God can’t use us. “Weeping may endure for a night, but joy comes in the morning”, Psa 30:5.

Mordecai’s 1st request through Hathach was for Esther to go implore favor [have mercy] and plead [seek], intercede, for her people before the king.

An example for us is Daniel, in Dan 9:2-19, who sought the Lord on behalf of God’s people.

v2 In response to God’s Word through Jeremiah;

v3 Sackcloth and ashes – in humility;

v4 According to God’s Character;

Identified with God’s people…‘we’…, and Confessed;

v16-19 Specific requests – praying for Your city, Your sanctuary, and Your people;

Hathach went and told Esther everything that Mordecai had said.

– When given important messages to relay to others: Am I careful about what I say; how I say it; with the right motive; to the right person?

– Am I a good messenger, bringing God’s message to others?

b. How often do I plead with my King for God’s people? What about:

– The Church and her shepherds;

– The worldliness w/in the church;

– The false teaching w/in the church;

– Israel and the Jewish people.

Remember reading and re-reading helps us cement God’s Word down deep in our hearts.

What does Esther tell Hathach?

Check Out the Significance of the ‘golden scepter’.

SCEPTER, šarbiyṭ; This word is only found in the book of Esther. The king extended the gold scepter in a symbolic act that saved the life of the individual (Esth. 4:11).

Check Out the Cross Reference for the ‘golden scepter’.

In Esther 5:2, Esther went before the king, touched the scepter that was extended to her, then stated her request that Haman come to a feast that she had provided for him and the king.

Finally, Esther went again before the king and fell at his feet weeping and begging that he would stop Haman’s evil plan. King Xerxes again extended the scepter to Esther, who in turn stood and restated her request (Esth. 8:4).

If my King, is also your King, then you and I have a much better Mediator than Esther, it is King Jesus! There is one God, and one mediator between God and men, the man Christ Jesus, 1Ti 2:5.

Thus, we can come to the Father’s throne, into the King’s presence, anytime without ever being turned away, and without ever worrying about being put to death. What an Awesome God!

Esther responded through Hathach ordering him to tell Mordecai that it wasn’t that simple.

Everyone knew that no one, including the queen, could go before the king without a personal invitation.

If anyone went to the king without being summoned, the law was they would be put to death unless the king extended the golden scepter so that they may live.

GODcha shares that Historians say: in Persia, no one, including the queen, went before the king without a personal invitation. Anybody who ventured to go into the presence of the king without being invited could be killed on the spot. Esther would not only be breaking royal law, but she would be risking her life.

How grateful am I to God that my hope is not in Esther, in any man, but in Jesus, who is God the Son?

Have I considered what an awesome privilege to have access to the King who sits on His throne and He will not turn me away or kill me?

Esther tells Mordecai she had not been summoned by the king for 30 days.

– Esther had not seen her husband for a month. Not good. Five years into their marriage the king’s desires for Esther had cooled, (7th yr., Est 2:16; 12th yr., Est 3:7). They have not spoken for a month, making this task even more difficult, as she didn’t even know how the king felt about her.

– It obviously has not clicked yet with Esther that this decree of death would also include her.

b. What has my response been when I have been confronted with a request that made me choose between God, or the world?

God is always speaking clearly and distinctly to us, cutting through any frivolous chatter.

And in doing so, His words pierce our hearts with conviction, comfort, encouragement and hope, always working to perfect us and make us more like Christ.

What stirred your heart today? Talk to God.

OUR FATHER IN HEAVEN, we so praise You and lift You high for You alone are worthy of our honor, glory, and praise. Help us to consider Your Word to us today! Oh Father, we who have surrendered our lives to You are ever so grateful that our hope is in You. That You have adopted us into Your family, and that we now have access to You The KING, through our Mediator, Jesus, King of kings, and Lord of lords, who is at Your right hand interceding for each one of us. We praise You and thank you that You will never turn us away, or kill us, that You are always with us never to leave us nor forsake us.

As we begin to look at this dialogue, and it’s messenger, Hathach, may You help us to understand that we are to be messengers, ambassadors for the gospel, 2Co 8:23. May we prayerfully consider if we are being obedient to this call, and how we relay the gospel message to others.

And as we see Mordecai’s 1st request to Esther, please forgive us for not taking intercession for others seriously. Help us to understand “that the most vital things we need to pray about go way beyond ourselves”, John MacArthur. We all can improve on pleading on behalf of others. Please help us to be more devoted to pray not only for the lost, which would include Israel and the Jews, but may we be more committed to intercede for those who are on the front lines in the thick of it: the Church and her shepherds; the persecuted Church; and the worldliness and false teachers that have slipped into the Church unnoticed. Thank you that we can do what You desire. We ask all these things in the precious Name of our Lord Jesus. Amen!

Next: we will dig in to understand another small bite, Esther 4:13-17.